By Cristina Villen - BDM for Spain at Fiduciam 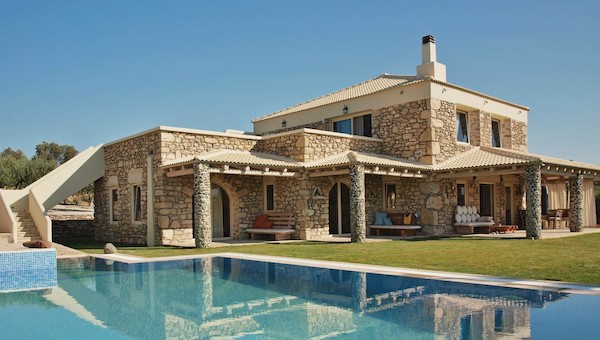 Many developers who need additional finance to help fund new development projects have substantial equity tied up in Spanish holiday homes, but cannot take advantage of it as it is nearly impossible to get leverage against such assets from Spanish banks.

Very often the developer needs the money for a specific project in the UK for no more than three years, but the amount they can borrow or raise from property in the UK is insufficient to finance the entire project. While developers could raise mezzanine debt or preferred equity, the cost of such debt is often prohibitively expensive.

However, many UK developers own Spanish holiday homes, frequently at the top end of the market. As Spanish real estate prices have recovered, a lot of equity can be tied up in such properties. Spanish banks find it difficult to lend against them for two reasons: first, they do not have access to the credit profile of the UK owner, and second, as the owner has no regular income in Spain, other than occasional rent from their home, the Spanish banks would categorise such a loan as a commercial one. At the moment, Spanish banks are still reducing their commercial loan books, therefore, they are not eager to grant such loans.

However, there is a solution. A small number of UK bridging lenders now offer loans against Spanish holiday homes. Typically with LTVs up to 50% of the RICS valuation and interest rates at levels similar to those in the UK bridging market at around 0.8% per month and a loan term of up to three years.

Multiple drawdowns and repayments are often available, reducing the overall financing cost to the borrower as such facilities allow the borrower to ‘right size’ the loan amount at any moment in time.

Personal guarantees are typically not required, although the lender will usually look for a corporate guarantee from the UK company using the funds for the development.

The loan is secured by a mortgage taken in front of a Spanish notary and, in many cases, by a share pledge over the shares of the Spanish company holding the property. As the property is in the eurozone, the loan will typically be in euros.

A great advantage of the Spanish market is that conveyancing is much more straightforward and quicker than in the UK. A look at the ‘nota simple’ will give immediate insight into the land registry and planning status of the property.

One challenge can be to get the valuation done rapidly, but when working with the right local valuers, it usually takes no longer than two weeks. If the borrower is efficient in providing all requested information, time from application to drawdown does not need to exceed three weeks.

The advantage for UK borrowers who extract equity from their Spanish real estate is that the pound sterling is currently undervalued against the euro. This means a euro loan over Spanish property yields a larger amount of sterling than it would have done perhaps three years ago. Assuming sterling strengthens again in the coming years, the amount needed to pay off the loan could be less than the amount extracted today. Of course, for borrowers who do not want to take a foreign exchange risk, there are a large number of inexpensive foreign exchange hedging instruments available.

From my personal experience, I have been surprised by how many UK developers own holiday homes in Spain, and demand for the solution described above has been very strong.